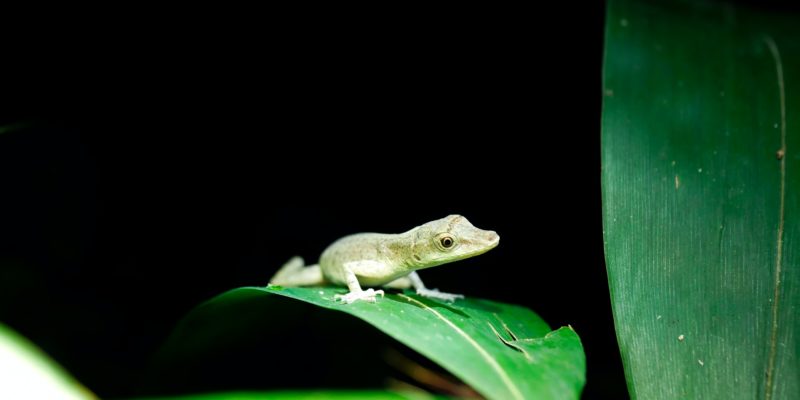 Macroecology is a rigorous scientific discipline within the biological sciences that emerged 30 years ago (Brown, 2019). This conceptual and methodological framework has been grounded since its inception in emergent statistical properties of species and ecosystems (Marquet, 2017). Over the last 30 years, many studies have documented the statistical patterns of species’ traits including species’ ranges, body size, and abundance across geography. There is also a growing interest in establishing and deciphering the underlying mechanisms driving these geographical patterns. Recently, evolutionary processes at large scales (i.e., macroevolution) have gained strength as explanations for these patterns.

Many studies have recognized the influence that both past and current climatic conditions impose strong constraints on macroecological patterns. Accordingly, climate plays a strong role in ecological systems across several spatial and temporal scales. In this piece, I argue for the need for more integration across disciplines from paleoclimatology, meteorology, ecology, and evolutionary biology to answer very interesting questions and address ongoing challenges associated with global change, including climate change impacts.

Recent studies provide evidence of a fruitful integration among these disciplines to address many traditional questions in ecology and evolution. I briefly outline here some studies that help illustrate how climates and extreme weather events affect organisms at multiple organizational levels (i.e., from populations to species) and spatial scales (i.e., from regional to local).

The latitudinal diversity gradient -LDG-, the decrease of species richness from tropical to temperate regions (Figure 1) illustrates very well the need for a full integration with paleo-climates to answer why there are so many (or so few) species in the earth. The LDG is perhaps one of the most studied patterns in macroecology and although there is no current scientific consensus about its causes, many of the ecological and evolutionary mechanisms involve at least climatic factors as an underlying factor of diversity generation.

The growing availability of historical climate datasets (e.g., Cramer et al. 2011) allows macroecologists to address questions about the role of past climate on the contemporary biodiversity patterns (Figure 2).

Using a detailed paleo-climate reconstruction for rainfall and temperature from the last 800,000 years in South America, Rangel et al. (2018) built a mechanistic model to generate spatially-explicit predictions of biodiversity gradients in the region. Their model is based on fundamental demographic and population processes of species across their lifespans. These simulations revealed that past climatic oscillations promote expansions and contractions in the distributional areas of species through a combination of local extinctions, colonization events, and in situ adaptive evolution. This work highlights that range contractions and expansions through time have a tremendous impact on the species aggregation at local scales and how this directly affects the resulting geographical patterns of species richness.

Our recent work also revealed a strong link between paleo-climate and phenotypic variation in lizards. We test for a link between the past climatic cooling since the Cenozoic and the way as body size evolved in Anolis lizards (Velasco et al. 2020). These lizards are very ubiquitous and charismatic, and they are recognized easily by the presence of a throat fan which is used for mating displays and territorial defense (Figure 3).

Our study collected information of the distribution, morphology (body size), and phylogenetic relationships for almost 400 species distributed mainly in the Neotropical realm (Figure 4).

We found evidence that the continuous decrease in temperature in the last 65 million years promoted evolutionary diversification in body size in these lizards. We suspect that increases and decreases in body size through time were facilitated by thermoregulatory strategies. These strategies are used by species to cope with local climate conditions. For instance, some species can thermoregulate their body temperature to maintain higher than the environmental temperature in cold sites, whereas others maintain their body temperatures close to the environmental temperature (these are known as thermoconformers) in warmer sites. We suggested that body size evolution was intrinsically linked to these thermoregulatory extremes and therefore physiological mechanisms are linked with the evolution towards large or small sizes across time (Figure 5).

Lineages evolving toward large body sizes stimulated by a continuous past cooling were composed of species with thermoregulatory abilities. By contrast, lineages evolving toward small body sizes were composed of species with thermoconformer ability. These two extreme strategies seem to work in cold climates and might help to explain why so larger and smaller anole species co-occur in mountain areas as in the northern Andes in South America. These hypotheses need to be tested with more detailed data from climatic variation, physiology experiments, behavior, and morphology.

Can the weather affect adaptation?

Extreme weather events also have an impact on the biological process at multiple hierarchical organization levels. Recent research has been focused on how the frequency and intensity of tropical cyclones, cold snaps, and heat waves affect species and their way as they adapt to these changing conditions.

And what about hurricanes?

Tropical cyclones have had impacts on human systems and few studies have evaluated how this force of natural selection can affect population viability through time. In 2018, Donihue et al. went to the Turks and Caicos archipelago in the Caribbean basin to survey anole populations of Anolis scriptus after these islands were struck by Hurricanes Irma and Maria.

Anole lizards are characterized by the possession of toepads which facilitates the adherence to smooth surfaces. Figure 7 shows a composite of time-lapsed photography showing how the lizards can potentially withstand simulated hurricane-level winds. These simulations of hurricane winds were performed in the laboratory, where lizards were perched on wooden sticks, and using a leaf-blower the researchers saw how lizards would grasp the sticks and not be blown away. Some studies have found that lizards with higher clinging ability (i.e., the capacity to grasp surfaces) during a tropical cyclone have a higher chance to survive.

Donihue et al. (2018) compared the toepad morphology before and after the hurricanes hit and found that survivor individuals had larger toepads than their ancestors (Figure 8). This study demonstrated the power of natural selection acting in very short timescales.

The idea that these phenotypic changes last for several generations and several phylogenetic scales (i.e., from anole populations to the entire genus) was an open question. In a paper published this week in PNAS, Donihue et al. (2020) test the hypothesis that hurricanes have effects across different hierarchies in biological systems. The impact of hurricanes on toepad morphology is therefore evident across temporal and geographical scales (Figure 9).

These few examples illustrate how integration between climatology and macroecology can shed light on the processes shaping biodiversity. The ongoing biodiversity crisis is a result of past and current human stressors (e.g., land-use change, climate change).  A close collaboration between disciplines will be needed to gain understanding how future weather phenomena will affect biodiversity dimensions across spatial and temporal scales.

Interdisciplinary and more pluralistic collaboration is a very promising way to answer these exciting questions. 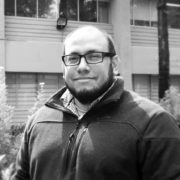 Julián A. Velasco
Julián A. Velasco is a researcher at Centro de Ciencias de la Atmósfera at Universidad Nacional Autónoma de México (UNAM). His research focuses on the impacts of climate change on biodiversity using macroecology, conservation biogeography, and ecological niche modeling approaches. He has been working extensively with ecology and evolution of Neotropical amphibians and reptiles.